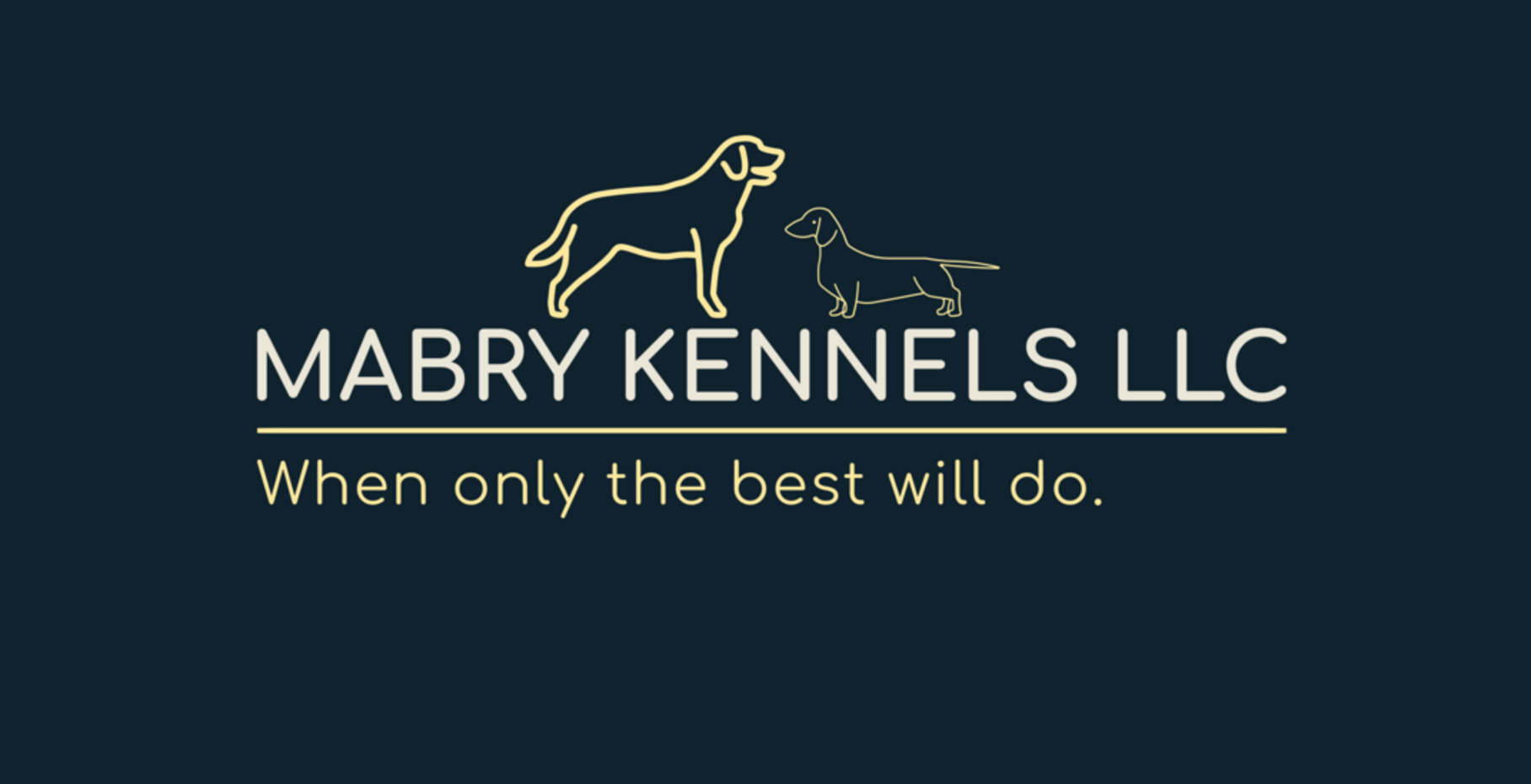 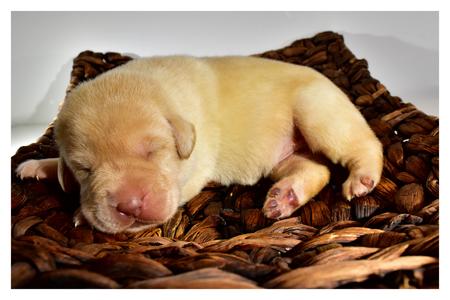 All puppies are guaranteed for life against the following:

Retinal Folds, also called Retinal Dysplasia (RD), is observed in many dog breeds without any pathological consequence. However, in the Labrador Retriever breed Folds can be associated with a more severe syndrom, the OculoSkeletal Dysplasia (OSD). Clinical signs of OSD are skeletal malformations comprising shortened limbs (dwarfism) as well as blindness at early age. Blindness results from a partial or complete detachment of the retina and cataract due to a generalized malformation of the retina.

Pyruvate Kinase Deficiency (PKD) is a disorder that affects red blood cells due to a mutation in an important enzyme needed for metabolism.  This defect leads to red blood cell death that results in severe hemolytic anemia.  Symptoms of PKD are typically exhibited between four to twelve months of age and can include weakness, lack of energy, rapid heart rate, heart murmurs, pale gums and stunted growth.  With further progression, bones and the liver can be affected ultimately leading to death.  Dogs with PKD commonly die before the age of 4 years but longevity can vary based on the breed of dog with some breeds able to survive longer than others.  While there is currently no cure for PKD, it is possible for affected dogs to have a reasonable quality of life with the proper care.  Carrier dogs do not typically show symptoms of the disease and it may be difficult to detect clinical signs of the condition in inactive affected dogs so it is useful to test for the presence of the mutation before breeding.

Progressive retinal atrophy (PRA) is a category of different progressive conditions related to ­retinal atrophy that can eventually lead to blindness.  Progressive rod-cone degeneration (PRA-PRCD) is one specific type of PRA that affects many dog breeds.  It is an inherited eye disease with late onset of symptoms that are due to degeneration of both rod and cone cells of the retina.  These cells are important for vision in dim and bright light.  Most dogs begin to show symptoms of the disease at approximately 3-5 years of age that manifests as difficulty seeing at night (night blindness) and loss of peripheral vision.  Although rate of onset and disease progression can vary by breed, PRA-PRCD typically results in eventual loss of sight and complete blindness in affected dogs.  It is important to note that other inherited eye disorders can display similar symptoms to PRA-PRCD.

Centronuclear myopathy in Labrador Retrievers is a recessively-inherited muscular disease. This disease was previously known as Labrador muscular myopathy. The disease is characterized by early onset muscular problems such as awkward gait, fatigue, and difficulty eating. Puppies are born apparently normal; however, it quickly becomes evident that there is problem. The puppy will often not gain weight adequately, due to decreased muscle tone in the esophagus. Within 2 to 5 months, the disease has usually progressed to display the full range of symptoms. This condition is exacerbated in cold conditions. Unfortunately, there is no cure for CNM, as the dog will never develop properly functioning muscle tissue. The dog usually has a normal life span, however, he will always be plagued with the symptoms.

Exercise Induced Collapse (EIC) is a canine genetic disorder that leads to loss of muscle control following periods of extreme exercise.  Episodes generally occur after 5-25 minutes of excessive activity that can include actively running for extended periods of time.  Episode severity ranges between different dogs and often begins with a form of rocking followed by weakening of the hind limbs and eventual collapse.  Attacks are typically brief (less than 20 minutes) and dogs tend to recover.  In a limited number of cases, episodes can be fatal.  Affected dogs begin to show symptoms from a couple of months to 3 years of age and are more susceptible at an age when more intensive training begins.  It is important for owners of dogs affected with EIC to be familiar with activities that may trigger an episode.

The MLPH gene codes for a protein called melanophilin, which is responsible for transporting and fixing melanin-containing cells. A mutation in this gene leads to improper distribution of these cells, causing a dilute coat color. This mutation is recessive so two copies of the mutated gene (or “d” allele) are needed to produce the dilute coat color.  This mutation affects both Eumelanin and Pheomelanin pigments, so black, brown and yellow dogs are all affected by the dilution with the effect being more pronounced in black dogs.  The mutation responsible for the dilution phenotype is recessive so a dog can be a carrier of the dilution gene and still appear to have a normal coat color.  A diluted yellow (ee) dog is often referred to as a champagne.


Degenerative myelopathy is a progressive disease of the spinal cord in older dogs. The disease has an insidious onset typically between 8 and 14 years of age. It begins with a loss of coordination (ataxia) in the hind limbs. The affected dog will wobble when walking, knuckle over or drag the feet. This can first occur in one hind limb and then affect the other. As the disease progresses, the limbs become weak and the dog begins to buckle and has difficulty standing. The weakness gets progressively worse until the dog is unable to walk. The clinical course can range from 6 months to 1 year before dogs become paraplegic. If signs progress for a longer period of time, loss of urinary and fecal continence may occur and eventually weakness will develop in the front limbs. Another key feature of DM is that it is not a painful disease.

Inherited hyperuricosuria (HU) causes dogs to produce urine with very high levels of uric acid. This can lead to bladder stones, and less frequently kidney stones. The disease is inherited as an autosomal recessive trait. This disease is characterized by the excretion of uric acid leading to the formation of urinary calculi (stones) which may then require surgery. If a dog from a breed susceptible to this disorder is seen to experience problems urinating freely, then veterinary advice should be sought immediately.

Hereditary nasal parakeratosis (HNPK) is a disease that affects Labrador Retrievers and related breeds and leads to dry, rough, discolored crusts on the edges of the dog’s nose. The disease results from a mutation that causes the nose to dry out and can lead to chronic irritation and inflammation of the skin on and surrounding the dog’s nose. Symptoms of the disorder appear in young dogs typically between the ages of around 6 months to 1 year of age. In more severe cases of the disease, cracked skin around and on the tip of the nose can become infected and require medical attention. In later stages, the disease can also affect nose pigmentation with nose skin color changing from dark to lighter shades of color. Once diagnosed, continuous care is required to reduce the occurrence of crusting on and around the dog’s nose using topical treatments.

In dogs, hip dysplasia is an abnormal formation of the hip socket that, in its more severe form, can eventually cause crippling lameness and painful arthritis of the joints. It is a genetic (polygenic) trait that is affected by environmental factors.

​​​Mabry Labs health guarantee covers diseases listed on this page for all the lab puppies for sale here. 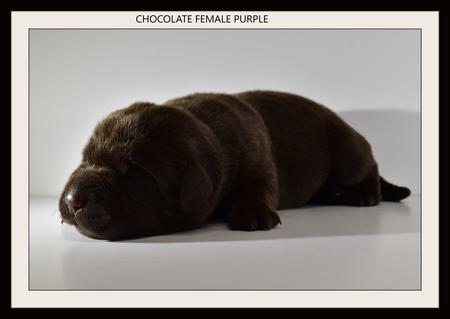 Puppies come with the following

All AKC registration papers will be handed over at the time of puppy pick up.

Thank you for looking at our website and we hope to see you soon for your next labrador puppy. We can guarantee that in Illinois we do the most work for our adults and puppies. No other breeder comes close to do all this. We have some attempting to copy us, but if you go to their kennel you will see not one is a real kennel like ours. Garages, basements, living rooms, bedrooms are not a real kennel and those breeders that have bred more than five years with multiple litters should invest the money into a kennel to house their adults better than dog houses or back